What happened to balance in the landlord/tenant debate?

I meet tenants and landlords at the beginning and end of tenancies every day and have done so for 20 years.  We are employed to describe the condition of décor and furnishings in properties as we see them on the day in question and to be independent. We are not beholden to anyone.  So it is through this prism that I have been observing the proposed changes to the rental market.

An accepted bias appears to have become the norm.  We need to protect 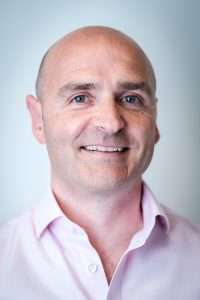 tenants against rogue landlords- absolutely, no question.  No-one we work with wants this more than landlords and lettings agents themselves.  Tenants deserve it and all reputable service providers want it.  We relish the opportunity to defend tenants when we believe landlords are pushing their luck. Our value is added by pouring sanity onto what can be a messy ‘end of tenancy’ deposit dispute.  People lose perspective, we provide a neutral frame of reference.

If I can dare to venture into a distant land for a moment, a ‘he-who-shall-not-be mentioned’ territory; that of the rogue tenant.  An ethereal, mystical figure that appears to defy any media attention, yet they share the same characteristic as their landlord. They are both are human and thus subject to the same probability of being a bad apple, in an otherwise good bunch.

Recent debates have been rather one dimensional, focusing on protecting the tenant and I applaud that intention.

Now, for the sake of balance, I believe the debate needs to consider both sides to effect lasting change that benefits all sides and result in policies that work for the common good.

There are lots of ideas that can promote a fairer market for both parties;  regulating letting agents is an obvious one that is desired by practitioners in the industry. If politician’s intentions are real, why isn’t more time being spent on the hard work of setting up an infrastructure that will have a lasting legacy, rather than being seduced by the instant gratification of a last-minute inclusion on an Autumn budget statement?

Such temptations are so alluring to gorge on, that the aftermath is often overlooked. As sure as night follows day, after each ill-conceived policy lies a myriad of unintended consequences that could make a farce out of the original intention.

Adrian Kelly, director of LetCheck Inventories, a company that carry out independent professional property inspections at the beginning and end of tenancies to protect tenant’s deposits and landlord’s properties.